Falling into the footsteps of Facebook, Twitter 360 live videos are now available on Periscope. With this, the Twitteratis can now view famous places and historic monuments from someone else’s eyes. Alessandro Sabatelli (Director of AR & VR at Twitter) shared this news on a public blog today. You can watch “First ever #Periscope360” stream on Twitter, when you login to your account. While all users can watch these videos, only a few selected members can stream in Twitter 360 live videos on their profile.

Twitter has tested its Periscope with only a small group of people that includes the verified accounts only. Though the site developers didn’t shed light on their future plans, we’re hopeful that they’ll launch broadcasting support to make these videos visible to general public.

You can view Periscope 360 videos on desktop as well as mobile. If you’re accessing Twitter on browser, just click and drag the cursor around the screen to rotate its camera. While using the mobile app, you just have to twist and turn your phone from side to side to change your perspective. In short, with Periscope, you can easily witness the things that are unfolding above, below, ahead and behind the broadcaster’s view. It’s like moving one step closer to a real life-like object.

Besides, this feature may be available for only a view verified accounts right now, but others can still relish in cool broadcasts lined up by Twitter for experimentation purposes. Once the team is through with the testing stage, they’ll make it available for the general public.

Thus, in future, we can get front-row access to travel destinations, well-known personalities and exclusive social events, as recorded by the broadcasters. They might include a few tactics to surpass Facebook at this game. For now, we just need to wait and watch the possible outcome of Twitter 360 live videos. This move by Twitter was made primarily to combat a similar feature by Facebook, which also did not require a separate video app unlike the former, which needed Periscope to be installed alongside for publishing videos. This has now been overcome by the addition of this feature to the application. In order to publish a video, you would want to first create a new tweet and then proceed to press the ‘live’ option on the screen. Once done, you can start capturing and streaming the live video as per your requirement.

Many sources have shared concerns about this step by the social network giant to have marked the beginning of the end of Periscope as a standalone application. Ever since the application acquired Periscope, it has been trying hard to promote the app and has been able to retain its loyal user base, although a steep increase of the new user base is still at large. However, according to a Periscope insider, the mother company has not lost hope on the application and continues to invest in the application.

Now promoting a live feed will be no longer be a problem. With people pointing at the possibility of Periscope being neglected as a standalone application, just like Meerkat faded away into obscurity, things do look a little glum now, but once the feature is in full swing, Periscope’s integration with the Twitter app will be working to our benefit.

In the last few months Twitter has been trying to reshape the way people see the social media service. The other social media services have been introducing rapid changes to themselves and therefore heading towards the future. As Twitter is also attempting to reshape its image, the company is also making some changes at the top ranks of the company. Twitter released a statement on Wednesday stating that Adam Bain, the Chief Operating Officer has planned to leave the company. Adam Bain is well known for his massive contributions towards building and running the Twitter’s advertising business. Anthony Noto, the Chief Financial Officer of Twitter will be directly taking over the role of Chief Operating Office along with the duties and direct associates of Adam Bain. Some of those associates will also include those who manage partnerships with marketers and ad sales and broadcast companies. The company has also stated it will start looking for a new candidate to fulfil the role of the Chief Financial Officer which will be vacated by Anthony Noto when he takes over the Chief Operating Officer’s title. Mr. Bain who is now 43, marked his sixth anniversary working for Twitter in August. In his tenure, he has helped in building the Twitter’s ad efforts all the way from the ground to where it is today. He was also considered for the Chief Executive title before Mr. Dorsey was appointed by the company.

Among the employees working for Twitter, Mr. Bain was considered as a “corporate Cheerleader” and was specially known for his positive attitude. The employees also made a hashtag for him and circulated on Twitter, it was #AdamBainIsSoNice. Mr. Bain is regarded as a top and professional executive and has been approached by many direct rivals. The people who worked with him have said that Mr. Bain will not be joining a direct competitor like many others have done before. It is considered most likely that Mr. Bain will pursue something outside the advertising industry.

Well, now we know why Twitter decided to move its earnings report to before the market opens. Bloomberg is reporting that the company may cut up to 8% of its staff, or around 300 people, and that the cuts could be announced as soon as this week. As usual these situations are very dynamic, so all of the above could shake out to be different than expected, but we’ve heard plenty of similar rumblings about layoffs for the past few weeks. In particular, one thing we’ve heard from sources is that the sales teams are in the cross hairs for the layoffs. Slowing revenue growth may be the culprit, especially as alternative platforms like Facebook and Snapchat continue to grow much more quickly.

Either way it seems like the company is trying to slim down as the hope that a larger company will swoop in and buy it are continuing to fade. A representative from Twitter declined to comment. Twitter has been on an absolute rollercoaster since Dorsey took over around this time last year. Dorsey opened his tenure by laying off 8% of the company, and throughout his time as CEO, has seen Twitter’s value cut nearly in half. That’s been a result of slow-to-no user growth, slowing revenue growth, and being constantly dogged by issues surrounding trolls on the platform.

Hope came in the form of reports that Salesforce, Disney, and others were all looking at buying the company. That added billions of dollars to Twitter’s market cap before being promptly stripped away as soon as it became clear none of the companies were interested. Without an obvious suitor, Twitter’s going to need to figure out a way to be more forward-looking and hopeful to Wall Street. Starting off with Layoffs to make the business more efficient is sometimes where things go.

But it’s still going to come down to actually improving the product. Trolls aside, Dorsey has actually not made any dramatic sweeping changes to the service other than adding more of an algorithmic touch to the feed. And attempts to make it less confusing, like removing contributions to character limits for kinds of media and trying to fix @replies (and “canoes”), still haven’t helped make the service more sticky and attract new users. Twitter will report its third-quarter earnings at 4:00 a.m. PST on Thursday. If you want to potentially hear more details about that, set your alarm clock and grab a cup of coffee. We, too, will be tuning in.

Pepsi, probably one of the world’s biggest brands in soda manufacturing is going to start a brand new campaigning system that will involve the use of Twitter heavily. You must be thinking that the usage of a social networking site is nothing new years special and that you needn’t really be reading something that involves something so common. But you will be shocked to hear that Twitter and Pepsi will now be involved in a joint effort to popularize themselves with their uses with the help of stickers. 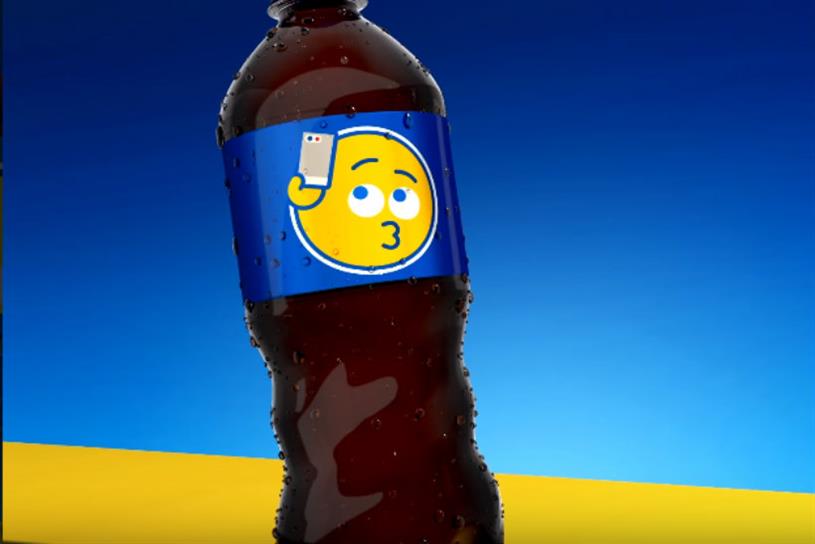 The stickers concept first used by Twitter back in June. It permitted uses to make use of images and Graphics on their photographs. With the help of Twitter Pepsi has now begun and advertisement campaign that will be a paid one but will include the same functionality. About 50 custom made stickers has been created to the files for the Pepsi advertisement campaign. The campaign will be available in 10 countries. These 10 countries are undoubtedly those with the highest Twitter user database. The countries will include US, Canada, India, Mexico and Russia.

The stickers that are available for promotions will be easily usable by the people who are using Twitter. They would first need to upload a photo and then they can click on the sticker button to find the promoters sticker in the options. Once the sticker is selected the person will be able to see at least 8 Pepsi branded images near the top of his page. This emojis can be added directly to the photographs to make the image look much more interesting. With so much to decorate images with, the level of interaction amongst users are expected to rise and this in turn will be beneficial for Twitter as well. Although the Twitter representative did not say much about this, it goes without saying that with the branding of Twitter along with the images, the pictures will stand out from the rest and will that be responsible for starting new conversation amongst users.

Twitter, over the past several years has been growing in the markets of social media technology and has been taking things to the next level. In the recent times, it has been observed that there has been a major push in terms of visual content, and images and videos have been a major part of social media off late. There have been many changes which have been made, and with Facebook and Snapchat pushing the visual content forward heavily, Twitter too is working on their plan of action. The company has today announced the arrival of stickers for their app. Users will now be able to use stickers on their images, and they would be searchable on clicking, almost like some sort of a visual hashtag. Twitter has been expected to come out with major changes in the way search works with the arrival of this. There is no limit to the number of stickers one can use on their picture.

The company has also said that they will be updating the sticker collection from time to time, though as of now it is unclear about the time interval. However, there would still be hundreds of stickers at any point of time. Also, these stickers can only be used on the Twitter app and not on the website. However, the users of the website could still click on them and search them.

The company has announced the arrival of these stickers on their official blog, stating:

“Soon, you can browse our rotating sets of stickers to join in on real-time conversations, and select from the library of hundreds of accessories, emoji, and props to make your photos more fun. Use them to share what you’re doing or how you’re feeling, to show support for a cause, or to just add some flair. You can use multiple stickers on a photo, resize and rotate them, and place them anywhere on your picture.”