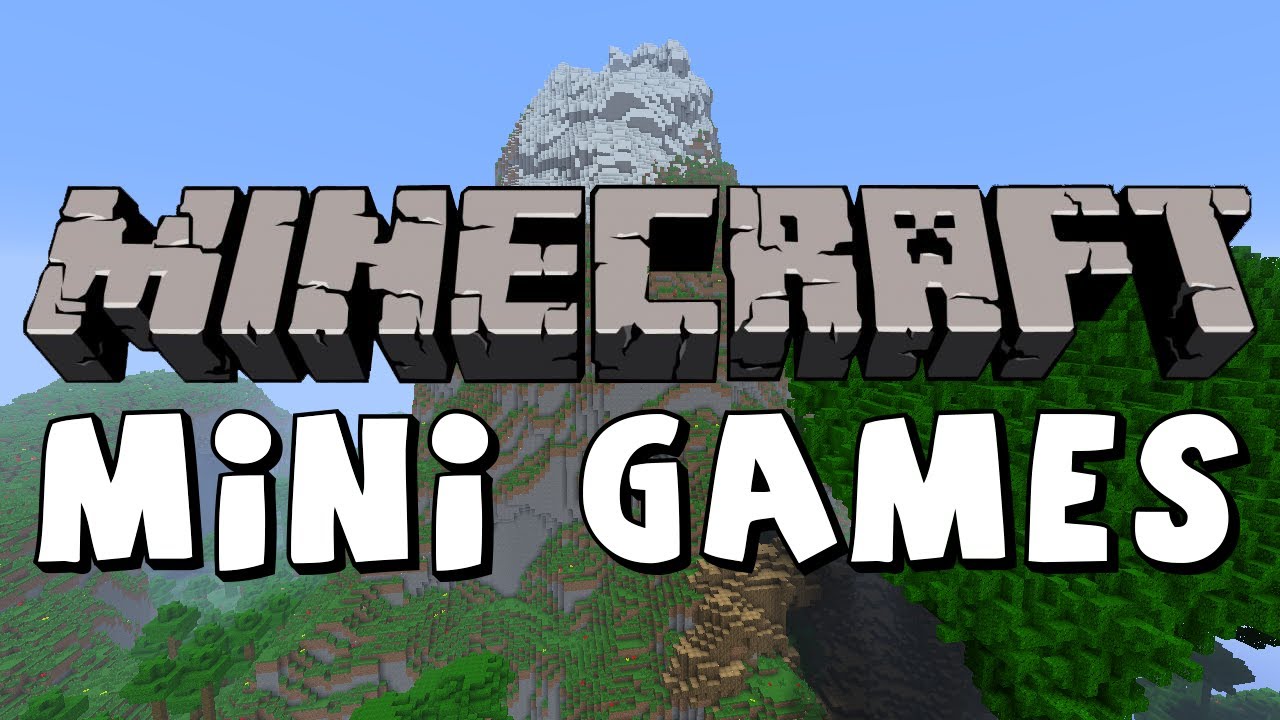 Minecraft has really taken the world by storm. Although the graphics of the game I quite pixelated it still has become an icon in terms of Gaming. But there comes a time when everybody gets bored of playing the game by themselves and to Crave for some multiplayer action. The good news is that Minecraft has finally will able to incorporate a lot of money games within the game with Self so that you can play them with your friends and neighbours using  Minecraft and can have more fun than usual. At the moment there will be one new mini game that will be fairly incorporated in the game as announced by Microsoft today. This game that exists within Minecraft will be termed as battle.

Ender’s Game called battle Microsoft mentioned that a player will be able to compete against his friends or with random strangers in a duel, that is presumable e a match until that. The best part of it is that people would not require the use of setup file for the same because you do not need to install anything to be able to compete with your friends in a Minecraft minigame. This add-on will be available from the month of June and will be free to everyone who wishes to access the program. Microsoft has also mentioned that they have a lot of other products and games that are being planned and we expect that very soon there will be an improvement in the storyline.

We did forget to mention that the story line is nothing but multiplayer fight for survival using certain aspects like speed, strategy and of course luck to win against you opponent.

If you are playing this game along with your friends or against random strangers playing this game as well you will be pleased to know that there would be a lot of resources available around the setting of the game and this would be within the chests that are spread throughout the games scene.

At one time up to 4 players can use the split screen mode to play the games at a local level. If they are connected to each other with Xbox live then 8 players can be connected together. The map will be sold for $2.99 and it may or may not be available to the PC and mobile versions as of now but when time comes it would be announced to the people.

The latest update brings mini-games and a deathmatch mode to the game.

In an official update to the game, it has now been stated that the Deathmatch mode is on its way towards Minecraft:

“Players in Battle matches use randomly generated resources found in chests placed in specially designed PVP maps and combat one another in a free for all death match until the final victor is determined. The fun’s not all over after you are defeated though, as fallen players can spectate the combat among remaining players in the match by freely flying around each arena as a bat.”

There have been many mods in the past which have made it possible, but now we finally have an official update which brings deathmatches to Minecraft!

Mini-games, which were earlier available only for the PC gamers of Minecraft, are now made open for the gamers of the console devices too. The mini-games feature now allows the users to get right into the game without wasting much time on setting rules and deciding who will act as the score-keeper of the game.

Mojang has announced that they will be releasing this update for all their console gamers in June. Three additional maps, too will be rolled out with this new Minecraft update.

“The first mini game we’ll be rolling out, called Battle, will be here in June. Battle allows you to set up a competitive multiplayer fight for survival, where speed, strategy- and sometimes just pure luck- will make you the winner.  Players in Battle matches use randomly generated resources found in chests placed in specially designed PVP maps and combat one another in a free for all death match until the final victor is determined.”

Minecraft Mario? Never heard of it? Read on to find out. 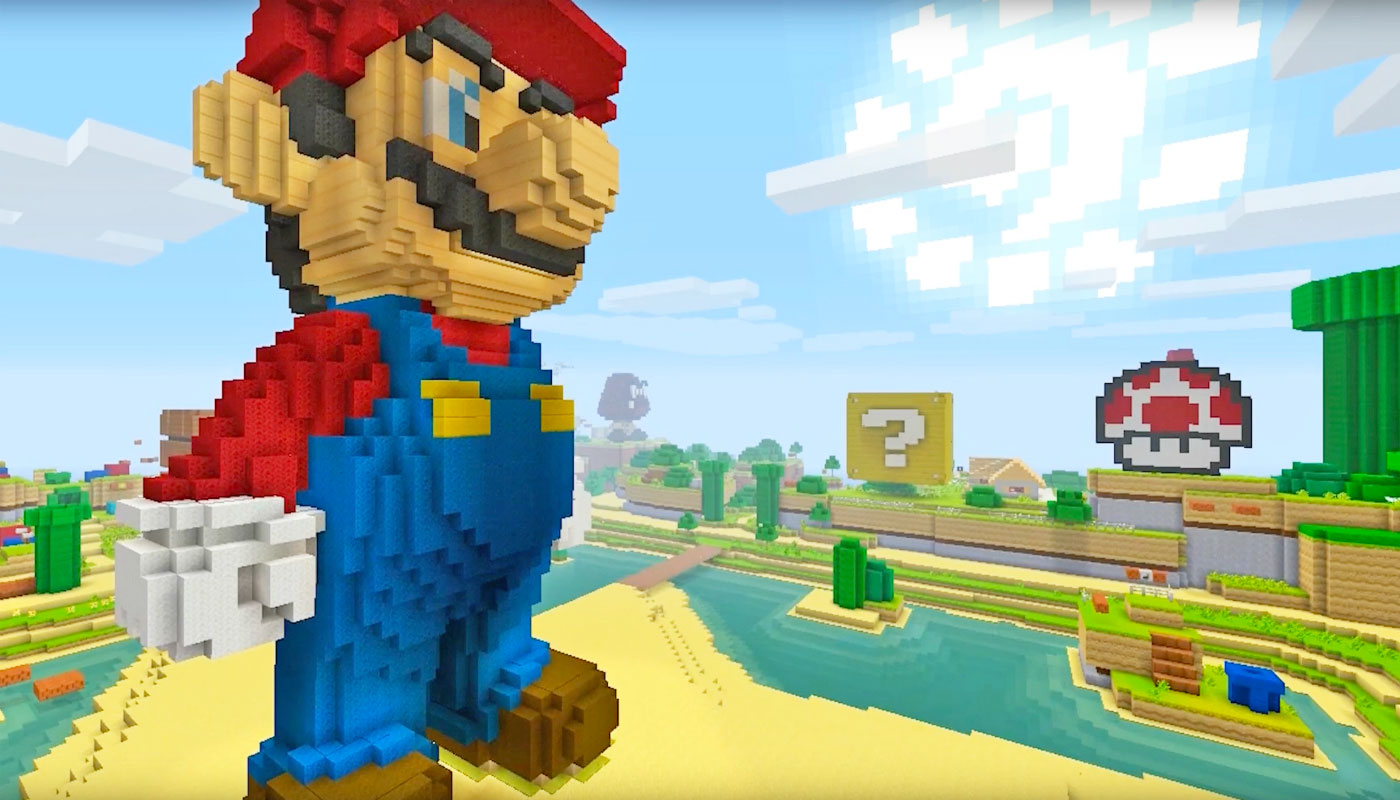 It is said that the launch of yet another bit of cosmetic DLC for one particular series of Minecraft is not generally the kind of thing we would take the time to compose about at Ars. But the recent skin pack for the game attracted our attention as it points the first time that protagonist from Nintendo’s Super Mario Bros series have expressed in a game brought about by an ostensible competitor named Microsoft in this case.

However the “Super Mario Mash- Up Pack” will unveil as a free download specially for the Wii U version of the game on May 17 and appear imparted on the retail disc when it unveils on June 17.It incorporates 40 Mario themed skin , innovative world and item textures influenced by the series named Mario and 15 pieces of music  from Super Mario 64.

Launching important content particularly aimed at Wii U players may appear as odd thing for Microsoft to work after the company spent $2.5 billion to take Minecraft maker called Mojang back in 2014.Again at that period though Microsoft confirmed that the various existing versions of Minecraft on platforms such as PlayStation systems , iOS , and Android would not be damaged by the acquisition  . The company has established the truth and then launching a Wii U version a few months ago even possessing Sony’s LittleBigPlanet series in DLC for the PlayStation 4 version of the game previous year.

Again it is not the first time Nintendo had taken its iconic Mario protagonists to outside developers. Even storied companies such as Bandai Namco, Square Enix and Capcom have adopted main development duties on a number of Mario themed spin-offs considering as a part of various arcade-style sports games Again Nintendo expressed Wii those games specially for its system although this time around   Mojang, the owner of Microsoft is the one who is making wealth as the publisher of the game.

Thus Minecraft is originally its individual content platform now a days giving a power to the mods of ecosystem, videos and player co operation that is much greater than any single hardware family. With Microsoft’s present encouragement for cross-console multiplayer gaming the company generally concludes that now a days controlling quality software may matter more than controlling the hardware on which it is released. 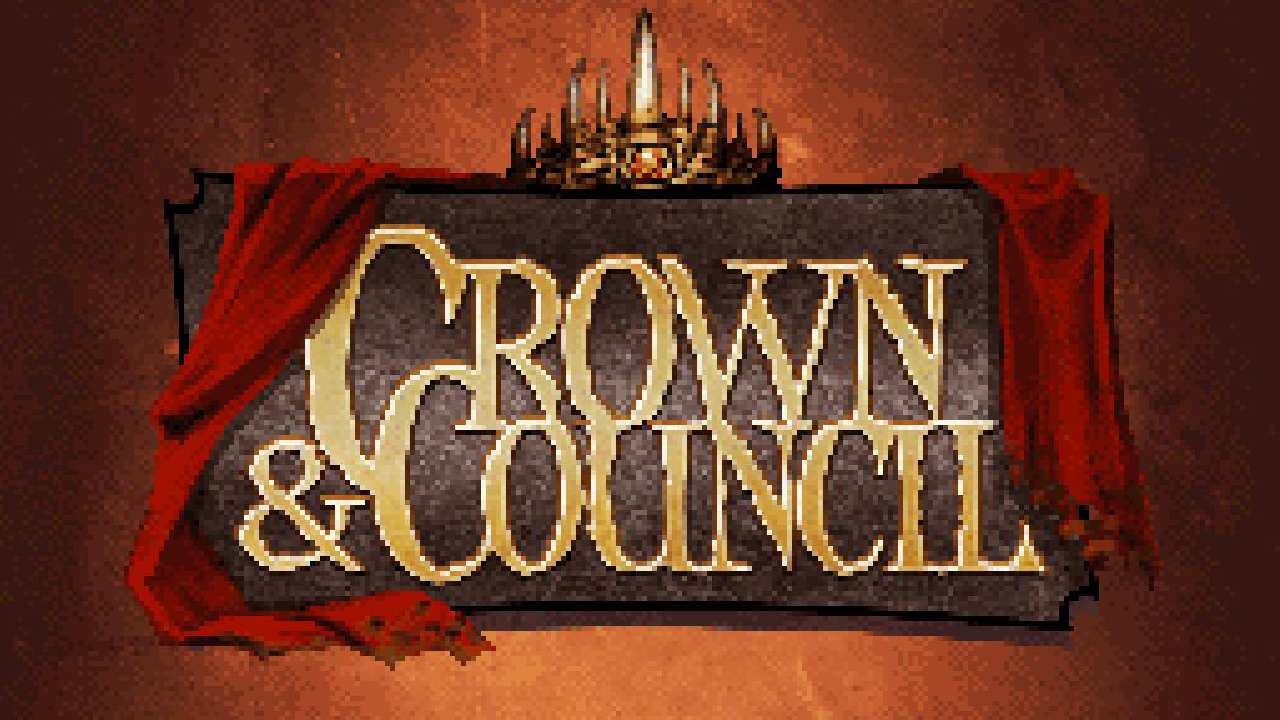 It is in the news that Mojang has found out some smooth moves. Again the gaming studio behind Minecraft has reported as well as unveiled an interesting advanced game for modern generation named Crown and Council. On the other hand it is quite surprising that Minecraft’ developer Mojang is offering it in absolutely free .Even interestingly enough all it accepted to create the game was the initiative of a lone “Mojangsta “named Henrik Petterson.So it is really a good news for everyone that this one game is created by only one man. Additionally this game is unleashed and reported in only one day.

Moreover it is exposed this new game Crown and Council is centered around the geopolitical drama of winning kingdoms. So here in this game a player have to create, spread and have to make some development in their country .On the other front the player also have to protect  their country from enemies. Generally gols is accessed as the digital monetary currency of expanding a country economically. They also in one hand have to form forts forwarding attacks from sea and on the other hand have to build universities for further up gradation.

Though apparently it seems smooth to win the game but it is not quite so easy to win as there is lots  of happenings in the seemingly small and old looking game.

Moreover this game depends upon the procedural generation for its 75 inbuilt maps. Additionally Crown  and Council can be downloaded for free and can be played in any modern machine with 1 GB  RAM and at least 300 MB of free space.

There have been games which have had huge followings, and then there has been Minecraft. A game which has a cult following, Minecraft has totally changed the way we know the markets of gaming to be. The company has been coming out with a large number of updates and upgrades for the users who religiously play this game. The gamers are so involved with the game that there are often conventions held where people come dressed as Minecraft characters. Rarely has a game ever seen this level of popularity. The developers, Mojang have just released a new update for the game, titled Minecraft Combat Update 1.9, where the following new features have been added:

Since it is the Minecraft Combat Update 1.9, Combat has been a prominent part of the game, and Minecraft users are now getting many weapon updates. The swords get a new movement called ‘the sweep’, the axes get a ‘crushing blow’, and the arrows have received the most out of this update, as two new arrow types have been announced – tipped arrows and spectral arrows.

One of the most important elements of the Minecraft Combat Update 1.9 has been that of the arrival of dual wielding, as users will now get a chance to make both their hands useful. The update is expected to help the users make use of both their hands in a better manner. The users can now hold torch in one hand and sword in the other, or they can also carry weapons in both their hands.

The addition of shields has been another major component of the Minecraft Combat Update 1.9, as the users now get to make use of new and improved shields. Armor levels have been dropped down to accordingly adjust for the additional protection that the shields provide.

Minecraft has been one of the most addictive and insanely popular games when we take a look at the world of gaming at large. There have been several companies which have been trying to develop games as impressive as Minecraft but none have reached close. Now owned by Microsoft, the game has just received a new update, which follows on to the work done in the previous updates – the Minecraft Windows 10 edition, and the pocket edition. This new update will be the Minecraft Overworld update.

The Minecraft Overworld update is expected to release in the end of February, and is expected to feature some major changes. Some of the bigger changes include eight new Gamerscore achievements, which have been listed below:

This update is expected to be all about the redstone components, and the company is also expected to introduce witches in this new update. The ability to import and export maps and to share it with friends which was introduced in the previous windows 10 update of Minecraft is expected to get a few tweaks with the Minecraft Overworld update.

Advanced mechanisms, enemies and achievements are three words which summarize the Minecraft Overworld update, and it is something which the entire minecraft gamers community is looking forward to.