Intel, for quite some time, had teamed up with Israel based computer vision firm Mobileye. The company was working with them over computer vision for autonomous driving technology. It looks like partnership was the first step in a bigger plan, as Intel has now acquired Mobileye for $15.3 Billion. This is the biggest ever acquisition of a tech firm in Israel. The acquisition process has begun, and will be completed in nine months. This is not the first time an Israel based computer vision company is in the news. Apple and Google too, have acquired Israel based firms working on computer vision and machine learning technology in the past, most notably Google’s acquisition of Waze and Apple’s acquisition of PrimeSense. Mobileye employees will continue reporting to Shashua. Intel’s deal with the company includes Intel acquiring all the shares of Mobileye at $63.54 per share in cash.

Back in 2013, Facebook and Intel joined their forces together to work on photonics with the aim to empower data centers with swift data connectivity (100 gigabits/second). This time, Intel had set its sight for the largest online retailer of the world. Yep, that’s Amazon. This collaboration is likely to bring a series of new inventions in smart home gadgets. Intel based speaker being the first one on this list. The corporate giants announced its release along with AWS (Amazon Web Services) at the re:Invent conference held in Las Vegas this week.

What’s the Big Deal about Intel Based Speaker?

They’re going to sweep all users off their feet with the cutting edge FFRD technology. FFRD or Form Factor Reference Design is a custom-tailored modular board design. It is developed to fit inside a design frame. This saves time on developing a new board layout. The brand new audio player will include our favorite virtual assistant Alexa.

Mutual Sharing of Technology will Help Both Companies

Amazon knew it cannot explore novel possibilities in audio digital assistance by keeping Alexa restricted to Echo speakers. Therefore, they chalked out this partnership to open third-party integration. This unique technology amalgam will help both developers design a variety of gadgets with Alexa on board. Amazon is the happiest out of the two since its JAM Voice has already arrived in the tech market this Thursday.

JAM portable speakers are laced with touch-activated integration, AVS (Alexa Voice Service), Bluetooth and Wi-Fi connectivity that make it one of the smartest devices present in the market today. However, it’s nothing like the first FFDR Intel based speaker that is due in the initial months of 2017.

The said product is rumored to support Bluetooth, Wi-Fi, Z-Wave and Zigbee. Thus, ensuring complete connective inside homes and offices. They’ll rope in Amazon’s voice settings and Intel’s architecture. Amazon will be developing SDK that is Software Development Kit in the near future. This reference design will make it easy for manufacturers to integrate audio/video features in electronic products.
This surely got you excited, isn’t it?

The basis peak Smartwatch buy Intel has finally been called back after it was detected with a problem that manufacturers could not ignore at all. It was noted that most users who had tried out the smart watch have Complaint of overheating issues which could turn out to be rather dangerous. Intel has decided to call back all the devices that it has rolled out for sales and will halt production until the issue is resolved. The complaints about basis speak had first appeared when some users in the month of June this year Complaint that the device was becoming very hot while it was being used. The manufacturers then considered this to be an important issue and tried to develop a software update that could fix the overheating problem but they failed to do so. In the fear that the company would then be faced with Complaint of burns or blistering due to over heated watches, Intel decided that it was in the best interest of the company and the users that the device we called and production be stopped until a proper solution was found.

So far, the company claimed that the problem was seen in only 0.2 percent of the manufactured and sold watches. It is just a very safe measure for the company to have decided to recall the device because they do not want to have any problem with users. The company will provide refund to all the customers who had purchased the basis peak Smartwatch.

However, latest updates in the news have been able to bring out a major factor. The company has asked all the users to immediately stop using the device and have also told them to seek a refund. All the data that their uses had accumulated over the period of their use would be available only till December 31st 2016. After this the company will shut down all the online services so no users will be able to access any information online. This does not mean that the problem cannot be resolved. A seller problem has occurred with other devices as well but a proper solution has been found. Possibly the design of the device might have a problem because of which the overheating issue is rampant. But it is quite understandable that with a little bit of research the basis speak smart watch could come into play once more like before. We only have to see if Intel will be ready to take the risk and roll out the devices once again in an improved form.

When you talk about Intel, the first thing that comes to your mind is a processor that fits into a computer, either or desktop and laptop. It does not mean that Intel does not have any other Technology Brewing. It has been recently found out that Intel that was earlier rumoured to have been wanting to have an Alliance with the iPhone, is still in the same mode. 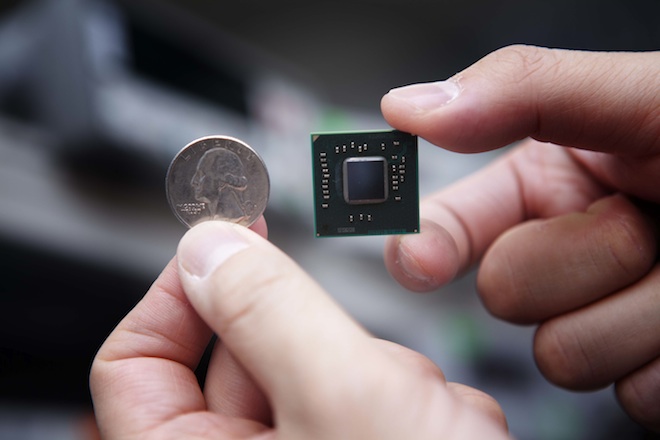 Although a lot of cost cutting has been done, as the company has shut down the support and production of the atom chipset, the organisation also plans to make up for the closure in form of a new development. A r m based chips are being done away with and system on a chip technology is being adopted to take up less space and work faster on smaller portables like mobiles and smartphone.

Personally I feel that Intel has done a good job by shutting down the atom chipsets action. This is because one of the word shift that was ever produced by Intel was the atom range. A lot of money has gone into production and research on this chipset and a lot of money has Jose been invested by the company in order to enable users to buy the product that contained these chips. But there have always been Complaint and they have mostly said that the device with features of a lot it was the best chipset.

Intel now has its eyes on the smartphone market and with the fact that Atom is now officially gone from the production line, the company is working on a smaller and more cost-effective chipset that would enable more users to buy phones that has the Intel processors in it. But, before the product can be developed, the company has to ensure that it prepared is hardware in such a manner that these devices via chipset will be 6 would be able to handle the 5G Internet connection when it comes in first.

It is difficult to Seth weather in Tel wel ultimate Lee end up getting the contacts from Apple or if any other devices will be produced by this company for usage.

Facebook has been a company which has been one of the biggest giants in the markets of social network and is working towards enhancing communication all over the world in various forms. The next big leap for Facebook comes in the markets of telecommunication, as the company is now looking at a major telecom infra project, allying with some of the biggest names in the world of telecom.

“Every day, more people and devices around the world are coming online, and it’s becoming easier to share data-intensive experiences like video and virtual reality,” Jay Parikh, Facebook’s global head of engineering and infrastructure wrote in a blog post. “Scaling traditional telecom infrastructure to meet this global data challenge is not moving as fast as people need. We know there isn’t a sole solution for this, and no single company can tackle the problem alone.”

The group contains of various participants, some work on the ideation and formation technologies part while the others work on the implementation part. Facebook, Nokia and Intel are three major names which would share designs and the telecom operators will be implementing it across their networks.

The successful implementation of this project is expected to benefit hundreds of millions of people around the globe, and this is truly one of its kind project that has been started worldwide.

The year 2016 is all set to show off some of the biggest technological revolutions and the signs have been visible early on as even rival tech firms have now come together for a common benefit over research and shared brainstorming sessions. A new group has been formed in the world of technology where Internet of Things has been kept as the primary concern for the members. The Open Connectivity Foundation has brought together many rivals, and names such as Microsoft, Samsung, Intel, Qualcomm, GE Digital, and Cisco are all working together for a mutual benefit.

This announcement was made at Barcelona, where all these major names have gathered for the Mobile World Congress event. The event will be held from Monday through Thursday, and in these four days many major names in the world of technology are all set to come out with their latest devices. Samsung and LG are expected to go head to head as the S7 and the LG G5 clash.

However the focus here being Internet of Things, the Open Connectivity Foundation aims at coming out with a common set of protocols and projects for all Internet of Things enabled devices. The group aims at bringing out a parity in things, a uniformity which will help enable devices to do much more than it is expected of them.

Discrepancies between the hardware and software markets have often been noticed, and it looks like this united effort is all set to make things better for the world of technology at large, as the Open Connectivity Foundation aims at bridging the gap between hardware and software when it comes to the Internet of Things.

Tech rivals have come together for a common benefit. At the end of the day, the users will be the biggest winners as we get the best of each of these giants involved in the Open Connectivity Foundation, helping take Internet of Things to the next level.