MFA— Multifactor Authentication is not just a fancy phrase, but a complete defense solution to secure your online resources…

The biggest problem with using traditional user ID and password is that it gets compromised very easily. Besides, this time, the bad guys are not just hacking accounts via keyloggers, but embedding phony scripts in browser URLs, tapping into email accounts to trace your attachment sharing history, stealing passwords to social networks and using psychology to delve into your secrets. With the advent of new techniques every day, it gets easier to hack an account.

If you think mere phone and email verification is just enough to safeguard your online IDs. You need to think again. Multifactor Authentication is the key to extreme cyber security.

Here’s why you Need Multifactor Authentication

What’s the Big Deal about MFA?

The benefit? Even if a single factor is compromised, you still have more barriers to prevent the attackers from successfully breaking into your system. Thus, you can safely sleep at night, knowing that your online data is secure.

In the light of all the hacking activities that have taken place across the globe, especially with the well known people like Mark Zuckerberg and Google CEO Sundar Pichai, the Internet is becoming a less safer place by the day. Recent confession made by a 28 year old Chicago based hacker was rather shocking. This hacker, named Edward Majerczyk, confessed that he was responsible for hacking the accounts of many a celebrity across the globe. He was involved in the hacking scheme and his case was registered in the district court for the central district of California between 23rd of November 2013 till August 2014.

Confessed that he had been involved in this scheme and was constantly Phishing celebrities. Keyboard first gain access to the username and the passwords of the person he wanted to harass and then he would send them emails that was completely like the ones sent from Internet service providers. Most of the celebrities made a mistake of accepting certain offers and unknowingly clicking sound suspicious link that lead them to the website that was involved in stealing usernames and passwords. Post this the hackers would hack into their email accounts and steam some photographs and videos that were made mainly for personal use only.

But he is not the only one that can be held accountable for such actions. Another person who has been blamed for carrying out such activities was Ryan Collins. Collins is 36 years old and is a resident of Lancaster in Pennsylvania point she also confessed sending out emails to victims with suspicious links and operated successfully between November 2012 and September 2014. She was responsible for taking unauthorised control of almost 50 iCloud account and 72 Gmail accounts. Most of resistance for female celebrities and he is tapped into their email accounts and their cloud storage to gain access to their private photographs in Videos and possibly share them online.

OurMine hackers have done it once again. After hacking the account of Facebook CEO Mark Zuckerberg, and making some posts which were not really expected to be posted, The hacking group has now attacked Google SEO Sundar Pichai. Recent report has disclosed that Sundar Pichai lost his Quora account to OurMine hackers.

Pichai lost his account only for sometime, after which he was able to gAin  access once again. The moment the Quora account was 6 from the group immediately attacked has Twitter account. The motive behind this remains unknown but it sure does show that Sundar Pichai needs to worry about the safety and security of people across the world using Google as much as he needs to worry about his social networking accounts. To make matters worse he’s cheeky hackers posted on his account, that they were testing his security and that his account has been hacked. Almosthalf a million people saw these strange posts after which it was decided that the account might have been compromised.

Although access has been restored and no major damage was done, it has definitely shaken the trust of people in the security protection that I’ve been run by various websites to protect the security of the members of the website.

Pichai was not the only person who was hacked. There were other celebrities who have been facing similar problems as well. Mark Zuckerberg sister randi Zuckerberg, Daniel Ek  from Spotify and Even CEO of Amazon.

With such refined tastes for hacking and harrassing, very little is known for the actual reason why they want to hack accounts and go about doing what they are actually gaining from the same, but it does strike a fear in the heart of every internet user. We all know that we might be next, but we can avoid it by being a little more careful than we already are, so we can keep Blackhats like OurMine hackers at bay. 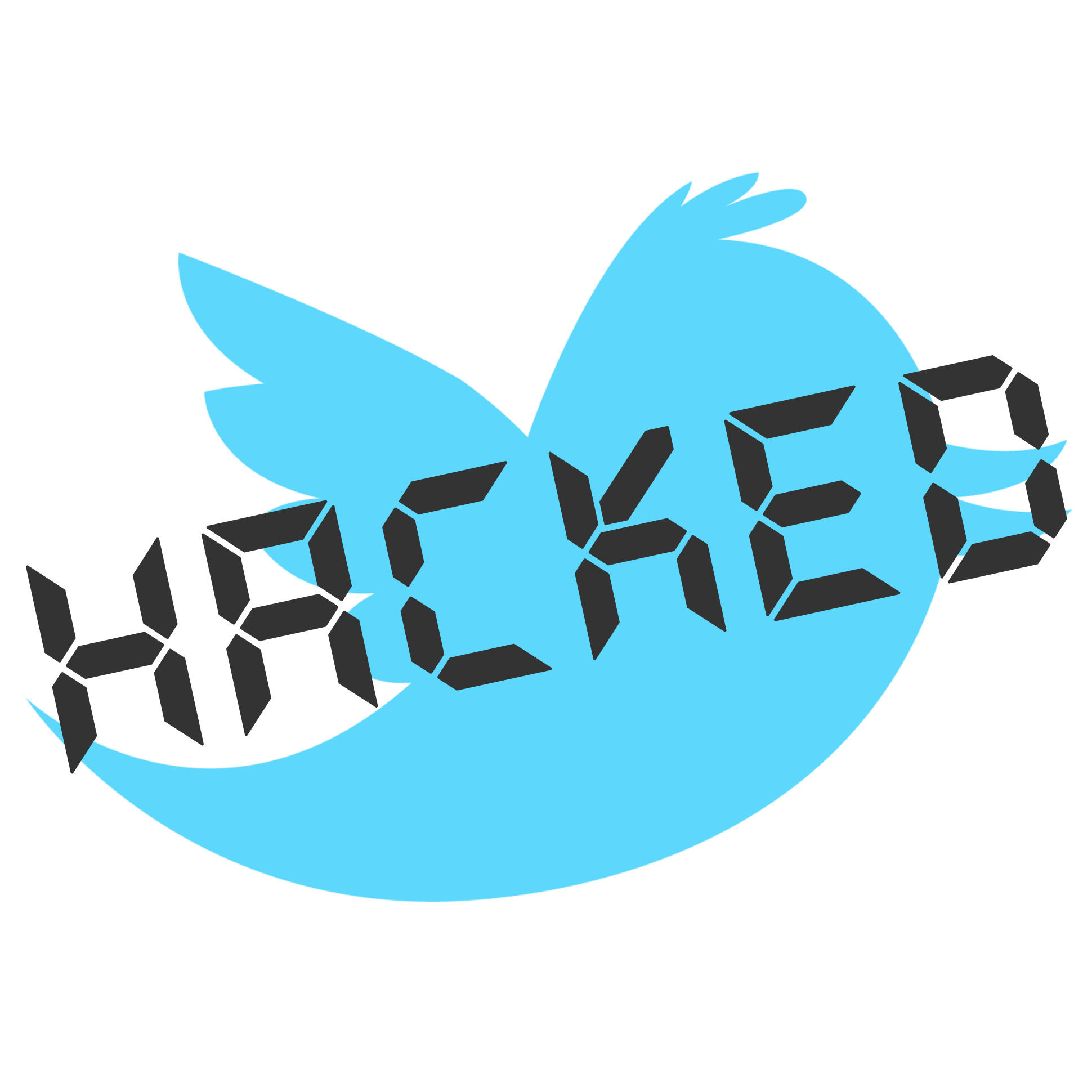 After the major theft of LinkedIn credentials Twitter has apparently fallen prey to Cyber attacks.The social networking giant is home to Millions of users now and having lost 32 million login credentials is a big blow on the company’s safety and security measures. The news for first spread by a website that has a database of all the stolen credentials till date. This website is known as LeakedSource. It was almost like the Bible for the hackers and the Google for people who are up to no good as they keep looking for new credentials to exploit through the social networks.

The user who has first mentioned that 32 million Twitter login credentials are in his possession uses the alias tessa88@exploit.im. Just like this user you can also be a part of LeakedSource, where you can check for your credentials for free. For been able to see all the credentials online and to be able to search for your credentials you will have to be a member of this website. You would definitely not be able to get this model for free but you have to spend at least some money. If you wish to have a membership for 1 days then you can spend about 2 to $4. Payment can be made even through Bitcoin or Paypal poems the annual subscription for these services would be 200 US dollars. This seems to be a waste of money but it in need is a Treasure chest for those who are up to no good harassing people online.

Those who believe in the fact that spending money on buying something to inconvenience other people is logical can pay for this service either through Bitcoin or by PayPal. To make matters worse evenLeakedSource believes that there connection of stolen credentials is legitimate. They say that the credentials are all completely valid and authentic. Selling it off as if it is an original piece of leather or Gold. Apparently survey was conducted for 15 people and all of them have confirmed that their passwords are correct as for the records of this website. The website has not confessed the fact that he has lifted this set of 32 million passwords from Twitter directly. They feel that the uses who have lost their prudentials were in some way infected by a Malware that was able to take their usernames and passwords from the browsers and update them on the website. The most affected among these Russian users.

Hollywood Presbyterian Medical Center, popularly known as the Hollywood Hospital has been making it to the news off late for all the wrong reasons. The hospital has been held ‘hostage’ by hackers who have taken control of the computer systems, and have been refusing to give back the control to them unless the hospital pays them a sum of money that they are demanding. The issue has been going on for quite a while as it all began on the 5th of February. The hospital staff were unable to use their computers and were infected by the malware.

According to the hospital CEO, Allen Stefanek, the hackers were demanding 40 Bitcoins, the equivalent of $17000. Despite the tight grip that the hackers held over the systems, tech experts were able to help the hospitals restore the electronics record systems in a few days’ time. However, the Hollywood Hospital was still not able to function properly, as they were facing several difficulties in managing without communication with the help of computers. o pay the ‘ransom’ amount, for the benefit of the patients.

Cyber security experts as well as people at large have expressed their concern over these sickening tactics used by the hackers. The Hollywood Hospital attack was one of its kind and it now raises concern to hospitals across the globe.

The individual details of 30000 Federal Bureau of Investigation agents and Department of Homeland security worker has been brought out by a hacker online. The information ditch the worker of FBI  and It was Motherboard which first disclose this news. Generally the hacker used twiteer to post  data. Information  like Job titles, contact number, state locations and email address of the FBI agents and DHS officers are disclosed by the hackers and it was coded with the password “lol”,Though for Motherboard these data does not seem serious because it does not consist any individual information like social security numbers. Again at the time of posting the message to Twitter the hacker used to write with the Twitter name @DotGov,Bye folks!,# ProPalastine along with the line Fuck your Government. It is supposed that the hacker is trying to give a consciousness  for a cause ; # Free Palastine.Mentioning from ISIS message the hacker is repeatedly exposing his endorse for the Free Palastine Campaign. A twitter account also messages that the main aim of this hacking is to stop the communication between United States and Israel. Moreover the hacker  is easily getting an access to Department of Justice web portal through some basic steps. At first  compromising the email account of the worker of DOJ they are enquired for helping their access of internet web portal. In this way they are giving some clues to the worker that can be accessed to a DOJ web portal from three computers and the stuff database the hacker is deceiving them. So it is not clear who is behind this hacking. However it is not the first time that Department of Justice is under mark. About 34000 lines of email, names, contact numbers of the government employees were also extracted by hackers last year. It was claimed that it belonged to a hacking gang named “Cracks with Attitude”. But it is quite sure that this new hacker does not belong to the group of Cracks with Attitude or a of terrorist. So it can be possible that the hacker is collecting the  information’s from another source. And recently a 15 years old boy who lives in England is  under suspect behind this hacking. Though FBI wanted to abolish the information on the internet they failed to do so.