Strongly connected to the Google Allo chat application the Google assistant is the new face of the artificial intelligence bought that is trying to at just like Siri and Cortana. This mega effort by Google is paying off in some ways but there are also a lot of features that are in there in fancy and have not been developed yet. 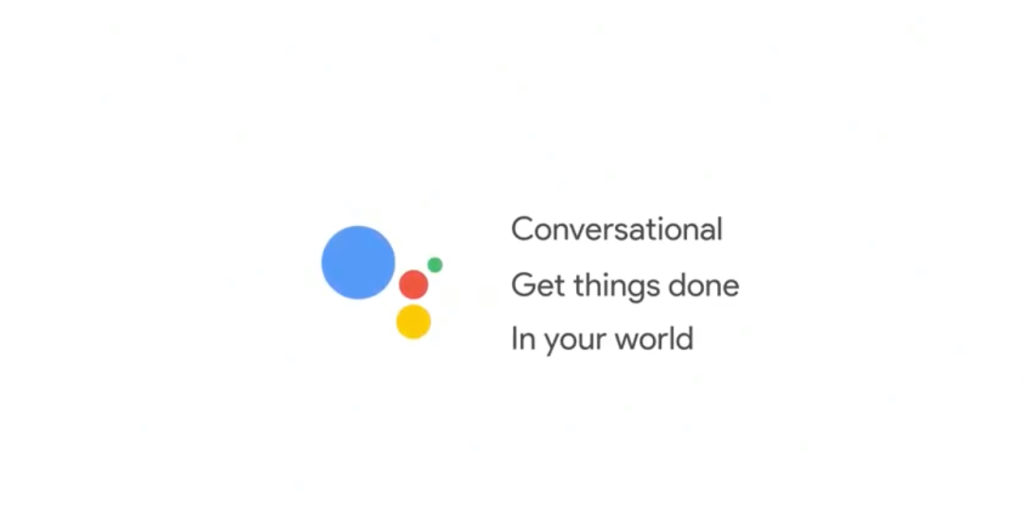 Google Assistant has the capacity of being available on various other interfaces apart from your Android phone. You will be able to see it in the Google Home tabletop speaker and also Google pixel phones that are expected to come in future. Moreover the most amazing part of the Google assistant is that it may be available on on Android devices very soon.

What is a major point of concern for most experts is that the Google Assistant really does not do anything very unique. Most of it has been taken care of by Google Now in the past as well. So if you are really expecting Google assistant to come up with something that is rather very unique then we still have to wait for a little longer. The voice search option in Google that you used in the previous Android versions is the same thing that Google assistant is doing now. Not very different from most other situations where you did not rely on your keyboard to search for something on Google is what you would get by using the Google Assistant. It is safe to say that Google is working hard on getting the best out of this piece of artificial intelligence but getting it at a decent level where it can compete with Siri and Cortana is going to be very time taking for Google.

What is admirable in free software is that it is not restrict itself to making Google searches only. Google assistant can be used to send instructions to other applications and get proper responses as well. So if you want to send a WhatsApp message to your friend you can simply ask Google assistant to send a WhatsApp message to your friend and you can see the chat interface open in front of you you can either type in your message or again record a message and use Google speech to text plug in to get the job done.

When Allo was announced at Google’s I/O conference earlier this year, the messaging app was presented as a step forward for privacy. Alongside the end-to-end-encrypted Incognito Mode, the Allo team talked about bold new message retention practices, storing messages only transiently rather than indefinitely. The version of Allo rolling out today will store all non-incognito messages by default — a clear change from Google’s earlier statements that the app would only store messages transiently and in non-identifiable form. The records will now persist until the user actively deletes them, giving Google default access to a full history of conversations in the app. Users can also avoid the logging by using Allo’s Incognito Mode, which is still fully end-to-end encrypted and unchanged from the initial announcement. Like Hangouts and Gmail, Allo messages will still be encrypted between the device and Google servers, and stored on servers using encryption that leaves the messages accessible to Google’s algorithms. According to Google, the change was made to improve the Allo assistant’s smart reply feature, which generates suggested responses to a given conversation. Like most machine learning systems, the smart replies work better with more data. As the Allo team tested those replies, they decided the performance boost from permanently stored messages was worth giving up privacy benefits of transient storage.

The decision will also have significant consequences for law enforcement access to Allo messages. By default, Allo messages will now be accessible to lawful warrant requests, the same as message data in Gmail and Hangouts and location data collected by Android. The messages might not be there if the user had previously deleted them, or if the conversations took place in Incognito Mode — but in most cases, they will be. That leaves Google with much less danger of the kind of legal showdown Apple faced in San Bernardino and WhatsApp currently faces in Brazil.

One of the most audacious apps that are released by Google in recent times is Google Allo. By this Google is seemingly trying to catch up in one stroke with the release along with the competing apps for messaging which have been available for the users for a lot of years now and have had enough time to perfect their approach the audiences and they will also stop investing hugely in the Google Hangouts which is fairly going nowhere. It does seem normal that Google Allo team had some inspiration from other already existing messaging apps. But when we look at the screenshots that we have obtained of Google Allo resembles WhatsApp a lot. With the resemblance, wither the team of Google Allo really liked the way WhatsApp handles some of the functions, or they simply did not want to turn the wheel of technology and risk doing something that may or may not revolutionize the way we communicate. Or they might just want to provide something that already exists and the people are familiar with in order to not intimidate the public. One of the aspects of Google Allo which is most resembling to WhatsApp is it’s voice messaging UI. If you have ever used WhatsApp then you will find it more refined and if you have never used WhatsApp then you will find it very neat.

The voice messaging works when you tap the bottom right of the text entry box has a microphone and when you tap it, it will cover the bottom right of the screen and you need to keep your finger as you speak for it to record. You can see the duration of it on the left of the text entry box and when you are done speaking you just need to release your finger from the screen and if you want to delete the voice message then just drag the microphone to the left side and it will be deleted. You see how this resembles WhatsApp right?

Google, over the past several years, has been innovating their offerings day in and day out. The company has been bringing out several changes to the way the markets of technology function, and has introduced several new apps and devices at the Google I/O 2016. One of the highlights of the day was the announcement of Google Allo and Google Duo – two apps that are all set to take communication on smartphones to the next level.

Google, with the arrival of Allo is all set to bring out a major change in the way we know their offerings to be. The Google Allo has officially been described by the company as “ a smart messaging app that makes your conversations easier and more expressive. It’s based on your phone number, so you can get in touch with anyone in your phonebook. And with deeply integrated machine learning, Allo has smart features to keep your conversations flowing and help you get things done.” The company is looking forward to lock horns with WhatsApp with this one as it is based on the phone number, and offers some interesting sharing options. Google Allo also comes with a smart reply feature which is akin to the Google Inbox!

The app comes with integrated machine learning APIs which tend to ‘know’ a user over time and the predictive replies will become much accurate as the user uses it.

Allo also comes with an incognito mode, which when switched on, would offer end-to-end encryption.

Google has introduced yet another powerful application, but this one is all about the video messaging. Google Duo offers the users video calling abilities up to 720p of clarity.

Duo comes with many impressive features, but one of them is ‘knock knock’, which allows the users to take a live video preview of the caller before they receive the call. All the calls in Duo, too are encrypted from end-to-end.

Google Allo and Google Duo will both release together in the Summer of this year.