In today’s world of contactless payments Samsung has finally been able to launch its own payment system called Samsung pay. This feature is available on most of the latest varieties of Samsung smartphones especially the Galaxy S6 and S7 range.

Samsung pay has almost been in development for the past 2 to 3 years and developers have been constantly working on these features so that they can somehow compete against apple pay that happens to be the predecessor of this contactless payment system. Its features are more diverse and it is more developed as compared to Samsung pay but Samsung is working hard to catch up.

The most important proof of the fact that Samsung is working really hard to promote Samsung pay is the fact that it was launched in Australia today. Around Thursday we can expect this service to be extended to Singapore as well. These two places are one of the most famous places in the southern part of the globe where many people are keen on travelling and shopping. Hence Samsung shoes these two locations for implementing this new feature so that it could get the maximum response. Turns out that the choice of these places might actually be a great turning point for Samsung because it will now be able to attack the user base that currently uses Apple pay. Almost every store in the world will soon have the opportunity to accept this form of payment and in Australia and Singapore specially whenever credit and debit cards are being accepted this form of payment is being considered valid as well. However the banks that are currently allowing this transaction to happen Citibank and American Express. The uses must be owners of Galaxy S6, S6 edge S6 edge plus, S7, S7 edge or Galaxy Note 5.

If you are interested to use this feature of payment you can choose the card as per your requirement and then you can use the fingerprint sensor to act as an authentication for the transaction point the point of sale machine would record the data that you send across as soon as you tap the device on it and authorise the payment by putting your fingerprint on your fingerprint sensor.

This happens to be a wonderful day of payment because it saves the hassles of you having to carry your credit and debit cards along with you wherever you Travel. when you avoid carrying your Cards you avoid the risk ofyour Cards getting stolen. Apple Pay for Web has been a feature which has been awaited since quite some time, and it is now being anticipated that the company will soon be bringing forward this change, and giving direct competition to internet heavyweights such as PayPal.

Shoppers using Apple’s Safari browser can buy items online by swiping their finger across an iPhone sensor, as they do when making purchases in physical stores.  At the moment it is limited to the Safari browser, and the company is indeed taking on one-click payment systems such as those established by PayPal over the past several years.

Interestingly, PayPal also lets users of certain devices log into their accounts with a fingerprint reader. PayPal, which is also a payment option on Apple.com, has much larger scale in the payments market, said PayPal spokesman Anuj Nayar. The company has 14 million active merchant accounts, and 170 million active consumer accounts, he said. “PayPal is much more than a button on a website,” he said. “What we are building is truly an operating system for digital commerce.”

The battle is indeed heating up, and with Apple Pay for Web now coming out, things are going to get heated up in the markets of technology real quick. The WWDC 2016 has indeed been home to some of the biggest Apple updates.

Apple is working day in and day out to promote Apple pay is contactless payment system. The company has introduced Apple pay  quite some time back but this was previously popular only within the United States of America. But with the growing trend of people trying to use the Apple devices on the go instead of Android or Windows phones it has also become a mandate that certain features of Apple that make it stand out from the rest of the smart phone devices needs to be improved upon with full urgency so that people can make best use of it. One of these features that has really given apple an edge over the others is apple pay.

You might say that this is not the first time a contactless system of payment has been worked upon. Previously there has also been a purse made by other brands to launch such a payment system. One of them is Samsung who has opened up Samsung pay and also Android pay is coming into existence. But Apple’s innovation is the first of the lot and is therefore most looked upon. According to Jennifer Bailey who currently has Apple pay  division as its vice president the improvement on this system of payment has expanded is two most of the developing countries in Asia and also the developed countries in Asia and in Europe. 80% of the cards in Singapore have also been added to apple pie in these countries and this is quite a big achievement considering the fact that the feature was launched back in April only. The places where apple pay  is used the most are used are US , Canada, UK, Australia and China. A lot more countries are currently in the pipeline but Asia and European countries who would be the first goal to achieve.

The countries that are 1st going to be selected for the major development in apples payment system to be launched France, Hongkong and Brazil. These are the ones that was suggested that in February when Tim Cook had addressed a Press Conference. India has also been added to this list and efforts can already BSE NSE at the Apple store across the country. The reason why such importance is being laid in the improvement of the system is that when Apple first launch to the system in the United States of America the percentage of use was only 4% but its soon grew to 20% within a very short period. A similar improvement is being expected in These areas is well since they have a lot of qualities that make it similar to the American market for smartphones. Apple Inc. -The World’s largest Information technology company is looking to expand its mobile service with Apple Pay in China. China’s Guangfa Bank confirmed the launch of this mobile Pay service publicly.Jennifer Bailey, vice president of Apple Pay, confirmed in an interview in Beijing that china is going to be Apple Pay’s largest Market so far. Apple is currently launching its mobile service in collaboration with Union Pay which is the only credit and debit card system holder of china. 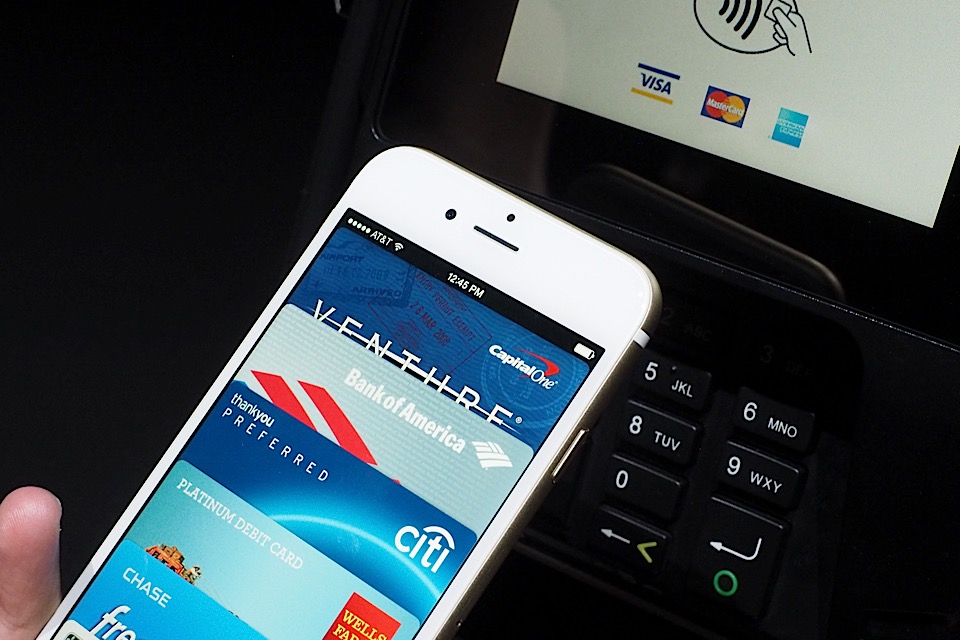 Apple Pay is going live after a long time. It was first tried and tested; only after it was popularly accepted by US, Canada, UK and Australia last year, has it been released to the rest of the world.   In US, Apple Pay started its service with Visa and Mastercard and could capture almost 90 percent of the country’s card business. Similar expectations are set for china as well. It is planned to start with 20 banks including China Merchants Bank and SPD Bank towards the latter half of the year.

Apple Pay is the mobile payment and digital Wallet service of Apple Inc. that gives the mobile phone users the added service of paying though iPhone6, 6Plus, ipad Air2 and Apple Watch. The business of this service would depend on the sale of iPhone 6 and 6 Plus.  This system is only compatible with these Apple products only.

This contactless payment system runs as the point of sale systems and iOS apps which digitizes and takes the place of the credit or debit card chip and PIN at the point of sale terminals. This service keeps payment information secured by a passcode. The transaction details are not disclosed to the retailers. Apple does not have any system to track the transactions done between customers, retailers and the bank. The service can also be locked from a remote distance in case the phone or the watch is lost. To use the Apple Pay service, the Phone users will have to give fingerprint to the phone’s Touch ID sensor and watch users will have to double click a button on the watch. Gradually, Apple Pay will replace the credit and the debit cards systems in China as well as in other corners of the world.

Apple has been a global giant when it comes to the world of technology. The company took innovations to a whole new level when they introduced the Apple Pay payment system. Payment has never been easier than this, and all it needs is one touch on the TouchID sensor. The Apple Pay has been a good service, but faces competition from Samsung’s Samsung Pay and the Android based Android Pay systems. Earlier, Apple had commented that they intend to launch Samsung Pay in China in Early 2016. tomorrow, on the 18th of February. As of early reports this Apple owned payment system will only be available for Industrial and Commercial Bank of China Ltd (ICBC) customers. This has also been announced by Bank representatives on social media.

It is also expected that two other lenders will support the Apple Pay service in China from tomorrow, but the names are not clear as of now. According to the Apple China website, there are a total of 19 lenders who will act as partners for the payment service.

China will now be the 5th country to support the Apple Pay service, and will help give a major boost in potential owing to the size of the population. China also happens to be Apple’s second largest markets in terms of revenue, and also the second largest smartphone market of the world. It is expected that the Apple Pay service will face tough competition here from the local rivals such as Alipay owned by Alibaba and WeChat Payment, owned by Tencent’s WeChat.

According to new details that have recently emerged it is now said that China Guangfa Bank Co Ltd and China Construction Bank Corp are going to be the other two names which will support the payment system along with the ICBC tomorrow.